Sales Tip of the Day: The Werther Effect

Sales Tip of the Day: The Werther Effect

The Werther Effect is a contagion effect. When a particular event is publicized, the publicity itself leads to an increased level of activity of that event. David Phillips first documented this effect in his 1974 research paper published in the American Sociological Review. 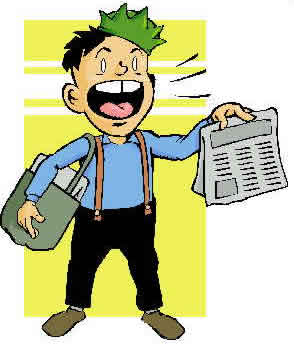 (In his book “Influence,” Robert Cialdini discusses “The Werther Effect,” named after Goethe’s The Sorrows of Young Werther where the main character commits suicide. Upon publication more than 200 years ago, this led to an increase of suicides in Germany. I know – an uplifting start to a blog post…)

So what does this have to do with sales? Flip the effect around and use it positively in your sales calls.

Here are a couple of specific ways to do this:

1. When talking with a prospect, be specific about 2-3 similar customers that recently began using your service.

For example, let’s say you’re selling project management software to local contractors. It’s not enough to say “We have lots of customers just like you.” Instead, say:

“Yes Mr. Prospect, several of our clients are very similar to your company. This past week, three contractor firms decided to begin using our service. Two of them are contractors with 20 employees just like you and the third has 15 employees right now and is growing quickly. All three of them focus on external home repairs like you as well – roofing, siding, windows, and landscaping.”

2. This is why public customer testimonials are so powerful, whether they be written or video. Video is particularly strong because you are interviewing real business owners just like your targets and you can help them through the script to say exactly what you want.

“I met XYZ Project Management Software company at the California Contractor Convention in Sacramento. Together we analyzed my weekly work flow to determine how much time I was spending as the company owner just managing projects with hard copy files and a few spreadsheets. It was more than 12 hours per week! Once I installed XYZ Project Management Software, that time is reduced to 2 hours per week, which frees me for 10 hours of new customer prospecting and spending more time onsite with existing customers to oversee the work completed by my team.”

Once you have the testimonial, publicize the heck out of it to your target market. Ergo..

3. …Social media: Twitter, Facebook, blogs. When you sign up a new customer, announce the customer and provide customer profile to your audience. This documents your customer base that you can point to with other similar customers as you are selling to them.

Whether you’re a salesperson or a startup CEO that’s handling sales for your company, use the Werther Effect to your advantage. People will be dying to use your product before your know it… [insert rim shot here :–) ]