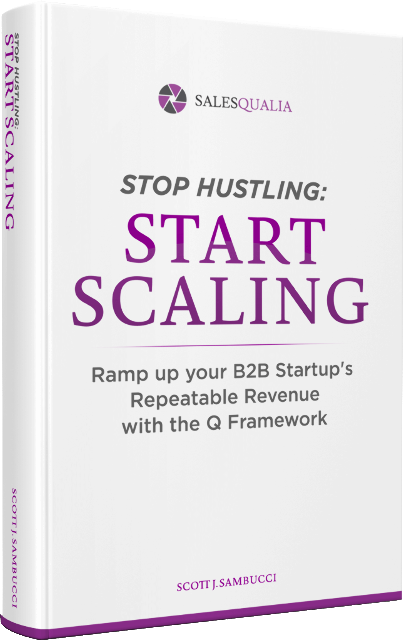 Early in the sales process, you’ll likely communicate rather formally with your prospect via email, and the responses might be a few days apart. Or perhaps you use email to set up the next phone call. Then that next call might be two weeks later. Overall, the communication is spaced apart and can feel a bit cold and structured.

As you move forward with a sale, the communication should become less formal and more frequent. Perhaps the emails are volleying back and forth more quickly, or you’re comfortable picking up the phone to talk to your project sponsor or product champion, because you know he or she will take your call without being scheduled. These are good signs that you’re advancing the sale.

I developed a relationship with a COO at a mortgage company, which started off with an InMail (cold email) on LinkedIn. We met at a conference, and then later continued with a couple of initial discovery conversations over the next month or two. We determined that the timing wasn’t the fit for the company. Almost a full year went by before we talked again.

I saw him again the next year at the same conference where we met again. This time the process picked up and progressed. During one of the calls, he told me, “Give me a call next Tuesday, but if you don’t catch me at my desk, I’ll probably be in a meeting, so send me a text.” Then he shared his mobile number, which, from there, became our primary communication mode. I recommend to clients who are progressing through a sale to migrate the conversation flow from formally setting up meetings and calls via email, to transition to calls and texts to their prospect’s mobile phone.

When a sales opportunity begins to stall, then just pick up the phone and call your point of contact directly. When the prospect takes your calls and responds to your texts, this is a good milestone to reach in your sales process.