Cold Emailing (The 7 Cardinal Rules That You Have to Follow) 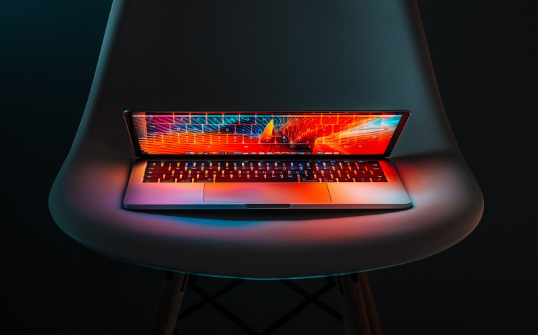 Cold Emailing (The 7 Cardinal Rules That You Have to Follow)

Sales leaders may find themselves struggling to get their teams to execute an effective cold emailing strategy. In a recent podcast with Damian Thompson, we heard about seven cardinal rules for cold emailing.

Sales leaders often find themselves struggling with the concept of cold emailing. That’s no surprise. It’s an exceptionally difficult strategy to communicate to your teams.

You need to find a way to use emails to break the ice with potential clients. And you need a framework for your teams to follow.

Our recent podcast with email expert Damian Thompson has the answers. It’s one of our most downloaded podcasts ever. And in this article, we’re going to summarize some of Thompson’s key points.

Who is Damian Thompson?

Damian Thompson is the Chief Customer Officer at Lead Fuse. Before that, he also worked as a sales coach helping hundreds of professionals.

With his guidance, Damian’s clients have earned a combined $100 million.

He has a proven track record, which makes him a valuable source of advice when it comes to strategy.

He’s also a big fan of skill-based games. Damian isn’t a big believer in luck. Instead, he believes in combining skill and strategy to achieve the best results possible.

That philosophy extends to his cold emailing email strategy. A lot of teams may just send out cold emails without giving them much thought. They’re contacting people out of the blue, so it’s just a matter of luck if someone replies back.

During this podcast, Damian outlines a bunch of things that sales leaders can get their teams to do to make cold emailing more effective.

Photo by chuttersnap on Unsplash

The Biggest Mistake That Founders Make

Damian starts by telling us about the biggest mistake that company founders make.

Namely, they think that there’s a specific and right way to do things. They believe that so fervently that they stop thinking about possible alternatives.

There’s nothing wrong with having a framework. In fact, Damian shares his own during the podcast.

The key is that you adapt different ideas and frameworks to your own business needs. Don’t think you have to do something one way just because somebody else does. It’s often through creative application and alteration of existing ideas that you’ll build something that works for your business.

Now, let’s get back to the topic of cold emailing. The following are Damian’s seven cardinal rules. Experiment with them to see which work best for your company.

Rule #1 – Rise Above the Crowd

Damian says that he succeeded with cold emailing because he had the confidence to try something different. Most marketers weren’t using the tactic because they assumed it wouldn’t work.

By trying something that scared other people, he achieved a 5% meeting rate.

The first cardinal rule is that you can’t be afraid of rising above the crowd. Do things that others don’t even think about doing. If your competitors aren’t using cold emailing, you have an opening. There’s a niche there for you to explore.

Rising above the crowd also means that you avoid competing using the strategies that everyone else uses.

Do the things that others think are too hard. That’s how you stand out from the crowd.

The tone of the email is extremely important.

You may have received a few cold emails yourself in the past. Damian has, and he says he hates the passive aggressiveness he sees in most cold emails. In fact, he calls it the quickest way to turn him off.

What does he mean by the passive aggressiveness?

Consider the language you may use when sending a follow-up email to a prospect who didn’t reply to the first email. Many marketers may open with something like “Hey, I didn’t hear back from you…”

That’s a passive aggressive opening line. It’s an attempt to put the responsibility for replying on the recipient.

The reality is that it’s your job to get the recipient to respond to you. Trying to pressure them into doing that without offering anything of value to them isn’t going to make that happen.

Damian says to ask yourself a simple question:

Would I want to receive this email?

If the answer’s no, it’s not an email that your sales teams should send out.

First impressions matter. A cold email’s subject line is the first thing that any recipient sees. Your sales team needs to give the reader a reason to want to open the email.

Damian’s company sends out hundreds of thousands of emails and they’ve made a simple discovery:

He says that five words or less is pretty much the ideal length for a subject line.

In fact, keeping it short can lead to a 10% increase in open rates.

Damian gives an example of one of his best-performing subject lines – “You’re doing it wrong.”

Straight away, Damian creates intrigue. The recipient’s going to wonder what they’re doing wrong. They’re also going to assume that the email will not only tell them but also offer them a solution.

Make sure your sales team craft subject lines that capture the recipient’s attention. Again, ask yourself the question.

Would you open an email with the subject line you’re sending out?

It’s not just the subject line that you need to keep short.

Damian tells us that brevity is a powerful tool in every aspect of the email. It’s about finding the balance.

Keep it short enough to hold the reader’s attention without it being so short that you don’t get your point across.

Damian says that it’s crucial that you don’t waste your words.

For example, many people open cold emails with an opening dialog about how they found the recipient. They may say “Hi, I found your details on Angel List and I decided to get in touch.” That’s useless information for the recipient. They’re not interested in how you found them. They want you to get straight to the point and tell them why they should take time out of their days to pay attention to you.

Rule #5 – Start With a Question

Damian digs further into the idea of keeping it short. He says that the opening line of your email is the most important part of the content.

Wasting it on pointless platitudes won’t get you anywhere.

He says that it’s best to start with a question. Challenge the reader to think about a critical issue that relates to their business.

Empty questions, such as “Hey, how’s your day?”, won’t elicit a response. Instead, it’s best to open with a business-related question.

Damian provides a general structure that you can follow to open your email:

Are you using cold emails to generate leads for your business?

Here, Damian identifies the pain point of lead generation. He then reverse engineers that pain point to demonstrate a potential solution as part of the opening question.

You achieve two things with this formula:

You’ve piqued their interest from the start, so there’s a higher chance that they’ll read the email.

Asking to “book a meeting” isn’t an effective CTA in the modern marketing environment.

Damian says you need something that’s going to start a conversation. He remixes the question he used to open the email to create a CTA:

“If you’re not using <x> to get <wide benefit>, what are you using?

This final question allows him to start a conversation. That’s crucial to understand with cold emailing. You’re not looking to sell anything with a cold email. The recipients of your emails don’t know who you are and they’re very unlikely to buy from you at this point.

You want to build a relationship. Your CTA needs to reflect that, rather than going straight for the sale or conversion.

Damian openly admits to being quite a straightforward guy when it comes to his emails. The subject line of “You’re doing it wrong” is a good example. It’s a straightforward statement that causes the recipient to think about their business.

That strategy might not suit your personality or preferred tone. You have a sales personality of your own and it should show through in the body of your email.

Make sure that your subject line and email content connect well. You need that cohesive voice running throughout to get people to trust you.

Photo by Campaign Creators on Unsplash

With Damian’s advice, you can help your sales team to create a powerful cold emailing strategy. Use it to initiate conversations and pull more leads into your sales funnel.

Would you like to learn about more strategies that you can use to improve your lead generation efforts?

The SalesQualia podcast, Startup Selling: Talking Sales with Scott Sambucci, is a great place to start. Each episode shares interesting concepts and techniques that you can apply to your company.

My conversation with Damian Thompson is also part of this series.