Why Your Q4 Selling Starts Now

Why Your Q4 Selling Starts Now

If I was leading sales at an enterprise/B2b startup, there’s one thing I’d be hammering to my team this month ––

(BTW… I did an entire podcast episode on this topic. You can listen on Spotify, iTunes, or directly from SalesQualia.com.)

Sure, you’ve got late-stage deals to convert right now, and you’ve got early-stage deals developing. That’s expected. These are pipeline and deals you sourced in 2018 and the early part of this year.

The bigger challenge that most startups face are their own growth-on-growth sales projections – the need to increase sales at an increasing rate this calendar year. 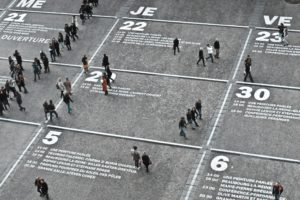 Photo by Curtis MacNewton on Unsplash

Now, I’m the first to advocate for selling your stuff anytime of the year. You can always find more prospects and deals whether it’s July 4th weekend or the Wednesday before Thanksgiving. I converted one of the most important deals we ever had at Blend during Thanksgiving week. But the summertime slowdown is real. People take vacations. Your prospects are juggling summer camps and babysitting.

Heck, I know for myself that summertime means figuring out help week-to-week. Plus we take a couple of weeks and head to Portland every summer. It’s a work-cation, but productivity definitely slows. Clients come first, so any new ideas and initiatives take a back seat. You’re probably in the same boat. It’s harder to find your prospects, and it’s harder to find time to sell.

Then Labor Day comes, and what happens?

Your prospects are planning their 2020 budgets in September and October. By the time you track them down in the Fall, they’ve already decided where they’re spending their money next year.

So while you and your sales team are focusing on today’s pipeline, you need to keep pushing on your prospecting for your Q4 deals now.

Here are 3 strategies you can implement:

Now, if you want some more help with this, check out our “Fill Your Funnel” program I’m running this Spring. It’s designed to help you build and implement your startup’s sales engagement strategy to fill your funnel in the next 10 weeks, so that you can nail your number in 2019.

In “Fill Your Funnel,” you’ll learn how to:

If your startup could use a quick boost of leads to fill your sales funnel, and you want to build a repeatable sales engagement systems, send me an email ([email protected]) with the word “FUNNEL” and I’ll share the details.