Is there a good way to set a marketing budget in an early-stage SaaS company? #Q&A

Is there a good way to set a marketing budget in an early-stage SaaS company? #Q&A

We’re laying out a plan for 2014. We’ll do $500 thousand in revenue in 2013 with an aim to get to $2 million in 2014. We expect about half our revenue to come from inbound leads. What would be a good way to calculate a marketing budget based on these starting points?

Money is easy to spend. 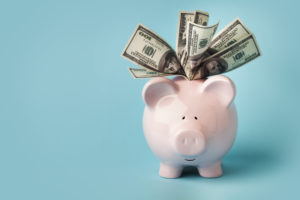 A perspective to take is to focus less on spend, and more on where your target audience is reached.

The webinars were nearly free, aside from our GoToMeeting subscription fees and the time it took to develop the content (usually about 20 hours per webinar).  The housing reports were completely free to send each month, and we paid for a subscription to Genius to plug into Salesforce – tracking open rates and numbers. These monthly reports were magical because we knew who was opening the reports and forwarding to colleagues. When a guy at Big Bank X showed his report was opened 75 times, we knew he was forwarding to colleagues. When we sent to an entire investor team we were working (~10 people) and no one opened the email, well, gulp…

Have a Sales Question?

Separately, I worked at a publicly-traded company that insisted on doing banner ads and paying for physical signage at industry conferences. I asked the marketing team directly –

Once you’ve defined when and how to reach your market, work backwards using the CAC metrics Justin described to determine your spend vs ROI.