At age 30, should I think twice about taking a year off “work” to pursue my interests/learn new skills by founding a startup? How might it affect my prospects of being hired down the road? #Q&A 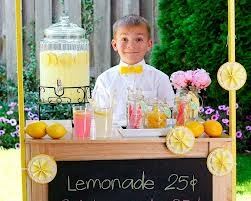 At age 30, should I think twice about taking a year off “work” to pursue my interests/learn new skills by founding a startup? How might it affect my prospects of being hired down the road? #Q&A

I’ve worked at the same company for the past 8.5 years in various management/consulting roles and have done fairly well, but I am not passionate about the work and I am feeling burned out from the corporate grind. I would like to apply my skills to a more creative field or a tech startup, but without much experience in those areas I feel like it would be tough to pivot to either at a similar level.

At this point I’m considering taking a year off to work on a startup, figuring the worst case scenario would be that I develop my coding skills (I’ve done some front-end web development work years ago) and figure out whether I’m cut out to be an entrepreneur. At the same time, I worry about whether it will make me considerably less marketable should the startup fail (likely, based on statistical odds), and I am not so naive to think that I couldn’t be happier at a different job working for another company. I graduated from a pretty good school (Ivy League) and my resume shows a pretty solid management trajectory.

I am married but neither my wife nor I are interested in having children for at least several more years (possibly never). My wife works, and I have enough personally saved up that the year off would not really affect our lifestyle significantly.

With 8.5 years in your current job, I suspect you can either go into cruise control or you have huge times blocks during the week where you can devote yourself to developing a new craft.

You can do this. 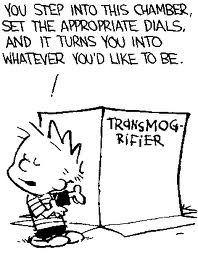 I spent five years (2007-2012) building Altos Research alongside the company founders. Building a startup had me completely heads-down for most of that time, but… By Year 4, I started thinking about new ideas and opportunities, and I started to respond to sales questions here on Quora. From this, the outline of a book focused on selling for startups emerged from this writing. (see: Startup Selling: How to sell if you really, really have to and don’t know how) 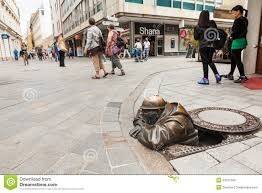 Over Thanksgiving weekend in 2011, I hunkered down and just started writing. Then every morning for the next two months, I woke up at 5am, sometimes earlier, and worked on the book every morning until the first draft was finished in mid-January. I started going to Bay Area Meetups and events. I did a Startup Weekend in January 2012, and created SalesQualia as an LLC entity. I did a local TEDx event in April 2012. I self-published the book in May 2012. (My son was born in February, which sort up took up lots of my free time in February and March… 🙂

Have a Sales Question?

In June 2012, I left Altos Research to work at a much larger company, even then knowing that the Big Company gig was temporary – I didn’t know if it would be six months, two years, or longer. All I knew was that the job was stop along the way. In July 2012, I took over a Sales Meetup Group and began hosting monthly events. I started sending out copies of the book to friends to review, which lead to workshop opportunities by the end of 2012. Meanwhile, I continued writing, doing workshops, and a bit of consulting on the side – all under a side business.

By early 2013, each workshop led to a small consulting engagement with someone at the workshop that wanted personal attention. In March 2013, I took a trip to Australia with my family to do the Ironman triathlon there. I’d been training all the while since Summer 2012.

By Summer 2013, the “side work” was enveloping my days. I used the money earned from the side projects to hire a utility guy to help me organize and deliver projects. In August 2013, I published 52 Sales Questions Answered.

In July 2013, I reconnected with a former client of mine from Altos Research that also left his old company, and started his own. In October 2013, I started a consulting gig with his company, enabling me to leave my day job to make SalesQualia a full-time effort.  Between the consulting work, my utility guy and I built a Udemy course: Startup Selling: Sell More Stuff that we released in November 2013. I’m a mentor at the Lean Startup Conference in December 2013.

And the transformation continues…

I don’t know exactly where I’ll be in December or January. I do know that I have an infrastructure in place to develop new business and continue the progress, and it’s taken me a full two years to get here, including the birth of our son and an Ironman triathlon sprinkled in.
You can do this.